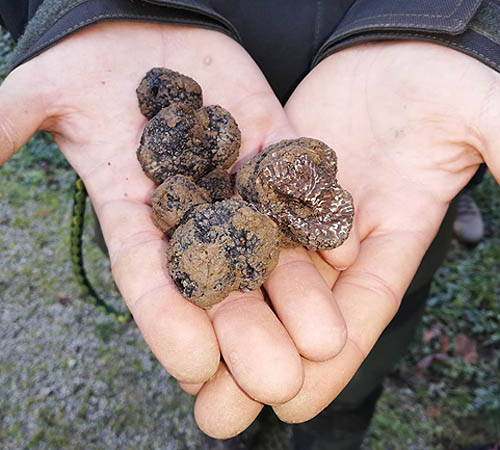 Two Interregional Workshops were held from 10th till 12th of December 2019 in Varaždin, Croatia. The first one was from the Mushroom & Truffles iNet, while the second one was from the Aromatics & Medicinal Plants iNet.

Latest researches that Croatian Forest Research Institute are conducting on hypogeous fungi in Varaždin region, Croatia, resulted with finding of a big specie variety of hypogeous fungi. Since those researches attracted a big interest from the local community, City of Varaždin became a perfect place to promote the INCREDIBLE project.

During the first day of the workshop, entitled ‘Management of truffle plantations and development of mycosilviculture’, case studies and research results were presented by the participants from Croatia, Spain, France and Italy, which resulted in very interesting discussion. Croatian stakeholders were very interested in the topic and they demanded to keep up the cooperation they acquired with the Incredible project team. There are a lot of topics needed to be resolved on mushroom and truffle management in Croatia, and the solution could be provided by learning from international case studies. 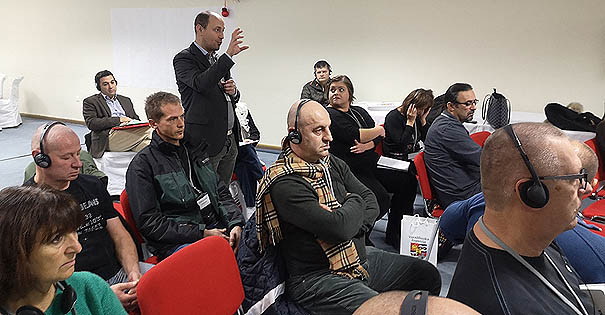 The second day of the workshop was reserved for the joint field trip with the Aromatics & Medicinal Plants (AMP) iNet. During the field trip, botanical garden ‘Opeke’ was visited wher the demonstration of truffle hunt was held bythe CFRI team together with their trained dog Maša. In just a few minutes three different truffle species were found which proved the potential of truffle management in Varaždin region. After the arboretum, the trip continued to the remaining of the Roman settlement Aquae Issae, an active spring of medicinal water still used in the nearby hospital. The field trip was concluded with the visit to ‘House of the magic herbs’ run by Family farm Jakopović – producers of various products made from aromatic and medicinal plants.

Last day of the workshop from AMP iNet titled ‘Certification, traceability and legal framework adjustment’ attracted the stakeholders from various position of the value chain – from pickers and producers all the way to ministry representatives. They were given the opportunity to learn from experts from Croatia, Austria, Greece and Tunisia. The workshops concluded with addressing the challenges and opportunities with the AMP sector, with a wish to continue the work on unifying the procedures on AMP management on an international level.

provigil for sale modafinil side effects

provigil over the counter modafinil side effects

how to get modafinil prescription modafinil weight loss

provigil online provigil over the counter

Binary options has become increasingly popular. Tradesmarter is one of the oldest binary options trading platform and is regulated as well. 初小英文